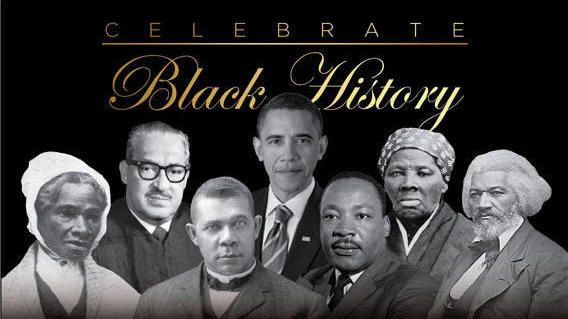 Black History Month is an annual celebration of achievements by African Americans and a time for recognizing their central role in U.S. history. Learn about this important celebration by reading about its history, commemorating the holiday by participating in activities with your family, identifying local historic sites and learning about famous African Americans who spent time in Jacksonville.

Six years later Black History Month was being celebrated all across the country in educational institutions, centers of Black culture and community centers, both great and small, when President Gerald Ford recognized Black History Month, during the celebration of the United States Bicentennial. He urged Americans to “seize the opportunity to honor the too-often neglected accomplishments of black Americans in every area of endeavor throughout our history”.

History is often reduced to a handful of memorable moments and events. In Black history, those events often include courageous stories like those of The Underground Railroad and historic moments like the famous “I Have a Dream” speech by Dr. Martin Luther King, Jr. But these are only a few of the significant and important events to know and remember.

In an effort to honor this expansive and growing history, Black History Month was established by way of a weekly celebration in February known as “Negro History Week” by historian Carter G. Woodson. But just as Black history is more than a month, so too are the numerous events and figures that are often overlooked during it. What follows is a list of some of those “lesser known” moments and facts in Black history.

View More About These Black History Facts on History.com.

What better way to teach the future generation about the importance of Black History Month than by getting the whole family together for some fun and educational activities?

If you’ve got little ones at home, we recommend the game called “Red Light, Green Light.” What does this game have to do with Black History Month? Well, the inventor of the 3-position traffic signal was an African-American named Garrett Morgan.

Elementary-aged kids love to experiment. That’s why we think some at-home experiments are the perfect way to celebrate Percy Lavon Julian, an African-American research chemist that figured out how to make medicine from plants. Julian’s work revolutionized pharmaceuticals and how doctors treated patients. Get the kids to gather some plants from the backyard and mix them with different things in the kitchen to commemorate Julian. Just be sure the kids don’t eat or drink their concoctions!

Some other activities the whole family can participate in to commemorate Black History Month include:

Places to Visit in Jacksonville to Commemorate Black History Month

Did you know that many African American landmarks and legacies can be found around Jacksonville and Duval County? Here are a few of our favorites:

On Saturday, August 27, 1960, 40 Youth Council demonstrators from the Jacksonville Branch of the NAACP staged a sit-in at the W.T. Grant Department Store and at Woolworth’s five-and-ten Cent Store across from Hemming Park in Jacksonville. The group sought access to the whites-only lunch counters, and they were met with 150 white ax and baseball bat-wielding men. Many were injured. The event is considered a turning point in Jacksonville’s civil rights movement.

This building has long served as the focal point of Jacksonville’s black population’s religious and community life. Two of the congregations founding charter members were slaves. After the war, the congregation split as black members formed their own church, Bethel Baptist. In 1901, six people met in the basement of the church to form the Afro-American Life Insurance, which was the first black life insurance company chartered in the state of Florida. Sadly, it was destroyed by the Great Jacksonville Fire that same year, but the church was rebuilt in 1904.

Kingsley Plantation is one of the few remaining examples of plantation life in Florida. Visitors can explore the plantation house, the remains of 25 tabby construction slave quarters, a barn, kitchen house, and interpretive garden. For the full list of historic African-American sites in Jacksonville, click here.

Mary McLeod Bethune was one of 17 children born to a sharecropping family. She eventually became a pioneering educator, civil rights leader, and even an advisor to U.S. presidents long before African Americans had equal rights. In 1904, she opened the Daytona Literary and Industrial Training School for African-American girls. In 1923, she merged her school with Jacksonville’s Cookman Institute to form what would officially become Bethune-Cookman College in Daytona Beach.

Frederick Douglass, who was born in 1818, rose from slavery to become an abolitionist leader and one of the most celebrated and well-known intellectuals of his generation. He advised presidents and lectured thousands on a range of issues, including women’s rights and civil liberties. As the guest of honor at the Sub-Tropical Exposition, a band played at every station and at every stop, Douglass made on his train ride to Jacksonville. By the time he got to town, more than 20,000 people had gathered to hear him speak.

One of the founders of the National Negro Business League and a key proponent of African American businesses, Booker Taliaferro Washington was a dominant leader in the African American community during the late 19th and early 20th century. He was based in Tuskegee, Alabama but made several trips to Jacksonville. Including a visit in 1912 that was arranged by the Jacksonville Negro Business League, which several influential African-Americans led. Washington gave a speech to 2,500 people at the Duval Theatre. At the time, a local African American man had been accused of a crime. In the wake of the circumstances, Washington was urged to cancel his stop in Jacksonville. He came anyway, and a car in his entourage was stopped by a mob of angry white men demanding Washington be handed over to them. When they discovered he was not in the vehicle, the men let the driver go. Later, at the Duval Theatre, Washington urged African-American residents to buy as much land as they could, get rid of immoral leaders, denounce lynching, and appeal for better race relations among whites and blacks.